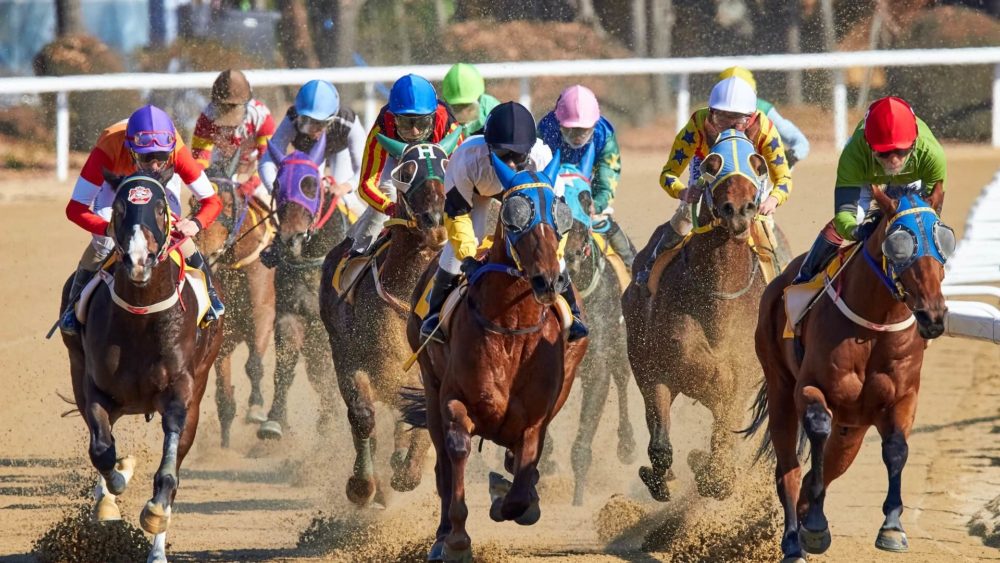 The starting pistol (or, in the case of the bar exam, your sanctioned timing device) has begun.

You bolt out the gate.

…you may need to sprint to be neck and neck with the bar exam’s Evidence questions.

Now, back to the races.)

What’s all the fuss about Evidence questions on the CA Bar Exam?

This means bar takers’ time-management skills are put to the test.

As you attempt to IRAC down the stretch, navigating the muddied racetrack of issues, you need to gain the perspective of a bar grader, practice Evidence questions plenty, and harness some tips—all to increase your pace and performance. Since the late 1980s, Evidence has been tested on the essay portion of the California Bar Examination over 35 times. Expect to expound on relevance and hearsay (which have appeared on almost every Evidence essay since 1987).

But prepare yourself for issues relating to character, impeachment, and authentication too.

And, as always, remember:

If you want to eviscerate Evidence essays, practice can increase your odds of winning.

Of course, just practicing without guidance can ingrain habits that inhibit success.

before you race to complete more Evidence practice questions,

start with these 3 tactics. Hearkening back to our recent post on Torts essay questions, this tip is fairly similar.

In the context of an Evidence essay:

When this happens, each piece of evidence will probably raise at least one unique hearsay issue.

Let’s talk about each of these briefly.

Affair at the Office Essay

Then, in this example, one piece of evidence required a discussion of acts of independent legal significance, while other pieces of evidence raised the issues of party-opponent admissions, the excited utterance exception, and the dying declaration exception.

The takeaways for your studying and test-taking: Don’t Get Bamboozled by the Best Evidence Rule

Anytime a writing (or any other piece of documentary evidence) appears in an Evidence essay, bar takers share a common impulse:

Write about the Best Evidence Rule (provides that to prove the contents of a writing, the original must be produced).

However, a lot of bar takers then assume that the Best Evidence Rule automatically applies, and this simply is not the case.

The Best Evidence Rule doesn’t apply when a party simply tries to prove an event or fact that’s memorialized in a writing, recording, or other piece of documentary evidence.

In other words, if the party has an alternate, independent basis to prove the contents of the writing (e.g., testimony by one with personal knowledge), then the Best Evidence Rule doesn’t apply.

Commit this rule to memory to improve your strategy for Evidence bar exam questions. A testifying witness is provided with something after they’re unable to recall an event.

Yet students need to keep their distinctions clear.

When you encounter Evidence bar questions, here’s the key question to ask:

Did the document presented to the witness jog their memory?

If the document “refreshes” the witness’s memory, such that they’re now able to testify from what they can recall, rather than the document, you’re dealing with a present recollection refreshed situation.

There’s no hearsay problem because it’s the witness’s direct testimony, not the document, that jogged their memory—that’s the evidence.

By contrast, if the witness doesn’t have any independent memory, you’re in the land of past recollection recorded. The writing, not the witness’s testimony, is the evidence.

Provided that the witness testifies that they recognize the document as being made when the facts were still fresh in their mind, that they had firsthand knowledge of the event, and attests to the accuracy of the memorandum, the evidence may be admitted as an exception to the bar on hearsay. After collecting the tactics above, you might be champing at the bit to practice.

Luckily, we have a platform that’s right out the gate:

With this resource, you can:

At present, EssayRx only contains California essays, yet the UBE version is rolling out soon. If you want to hear when it launches, as well as get useful test-taking tips and the latest BarMD news, join our newsletter.

Go beyond the usual bar exam practice questions with EssayRx.

Did you know that we offer a California Essays Course and a Performance Test Course? Each is structured as a series of live workshops. Even if a course has already begun, you can sign up + catch up to the live sessions. Hope you join us as you prepare for July!